Despite the prevalence of the Anglo-Saxon political tradition, coalition governments have been dominating the political landscape of continental Western Europe and post-communist Lithuania. The article analyzes the Lithuanian coalition governance, perceived as a continuous and distinctive organizational phenomenon, in the light of the relative Western European experiences of 1945-1999. Neither a comparative study nor a general analysis of the coalition governance in Lithuania has been conducted previously. The theoretical part of this article, based on four academic postulates derived from the rational choice theories and institutionalism, states that: i) coalition politics is strategic; ii) coalition politics manifests itself as a game between political parties, based on tactical, conditional, opportunistic expectations; iii) coalition governance is institutionally conditioned, affected by the established principles of government formation, governance and termination; iv) coalition politics is governed by anticipation (for instance, coalition agreements can serve as preventive measures to avoid conflicts in a coalition).

Findings of the study show that Lithuanian coalition governments, on average, lag behind their Western European counterparts in terms of longevity. In Lithuania, surplus coalitions could stay in power for the longest time period as “additional” coalition partners serve as a hedge against splits or blackmail in the coalition. The latter practices are common in Lithuania, which is possibly explained by the mean numbers of cabinet, effective and parliamentary parties – in the case of Lithuania, all outranked the corresponding averages of Western Europe. It was also observed that Lithuanian politicians reluctantly form minority governments due to their office-seeking, as opposed to policy-driven. A tendency towards minimal winning coalition forming is yet another example of the focus of interest for Lithuanian politicians being private gains (the “prize” is being divided by the smallest number, so into the largest shares). The results of coalition agreement analysis have strengthened the image of office-seeking, profit-maximizing Lithuanian politicians all the more. Contrary to Western European practices, Lithuanian politicians sign extremely short coalition agreements, of which only a fraction is being publicized while content of those publicized is primarily concerned with the distribution of offices and competence but not about the content of public policies, envisioned to be implemented. Laconic and unrefined coalition agreements are a persistent feature (with the exception of one lengthy coalition agreement of Kubilius government, 2008-2012) of the Lithuanian coalition governance. It is reflected and exacerbated by frequent policy conflicts between coalition parties being the second most important (after regular parliamentary elections) reason for cabinet termination in the case of Lithuania. The study shows that the key differences between the morphology and operation of coalition governance in Western Europe and in Lithuania are determined by the unstable and fragmented party system in Lithuania and its office-seeking (not policy-driven) politicians. The culture of political elites’ negotiations is blatantly missing in Lithuania. 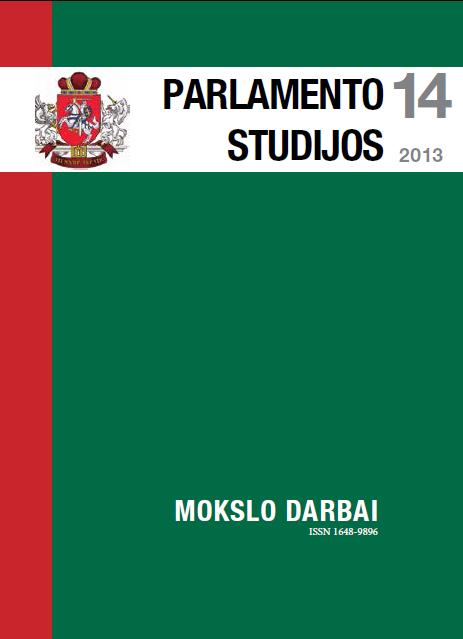