Genesis of the Concept of University Autonomy in 1990-2008

This paper analyzes legislation adopted in the Lithuanian Parliament governing higher education institutions management change, as well as the Constitutional Court rulings explaining university autonomy. The study in particular highlighted the whole of the circumstances and reasons that led to the development of the concept of university autonomy in the Parliament.

The modern concept of the autonomy of universities (according to the Lithuanian Constitutional Court interpretation) is based on the medieval historical tradition. According to this tradition the autonomy is conceived as the right to independently determine governmental structure, the order of research and studies, to use the property given over by the State, to have the guarantee of inviolability at al. However, in the first Science and Studies Act, adopted in 1991, a much broader definition of autonomy was legalized, under which the State may regulate an institution‘s activities by way of subsidies, orders (agreements) financed by the State, and other means provided for in laws of the Republic of Lithuania. The historical concept of university autonomy reappeared in Higher Education Act, adopted in 2000, which was developed with the active participation of Lithuanian Universities Rectors‘ Conference. 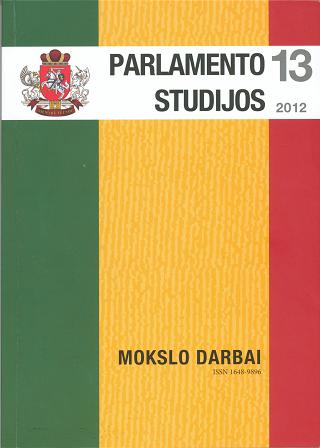