Conception and Measurement of Party System Stability: Situation of Lithuania in 1990-2010

Party system stability is treated as multidimensional phenomena: since party systems function at electoral, parliament and governmental levels, stability should be also analyzed in each of them. Therefore the aim of this article is to evaluate the development of Lithuania’s party system stability in 1990–2010, while applying theoretical approaches that emphasize different dimensions of stability.

3 main tasks are implemented in order to reach this aim: 1) to define a concept of party system; 2) to form a conception of the party system stability and delineate instruments for measuring it; 3) to apply the formed research tools for the Lithuania's situation. Three theoretical models (and instruments of party system measurement related with them) are discussed, modified and applied for the completion of these tasks: party system typology of G. Sartori, M. Pedersen's electoral volatility index and P. Mair's scheme of party competition for government seats.

Four main conclusions are reached in this article: 1) electoral volatility in Lithuania was high trough all independence period and dropped significantly only in last parliament election (however, it is still substantially high); 2) in period 1990-2000 Lithuania's party system's state could be described as moderate pluralism in the making, but since 2000 increase of fragmentation and emergence of bilateral oppositions has changed this tendency; 3) in period 1990-2000 party system was leaning towards closing of competition structure, but since 2000 it has became completely instable; 4) the case of Lithuania confirms that party system stability is multidimensional phenomena: instability in one level doesn't necessary reflect strictly same tendencies of instability in other levels. 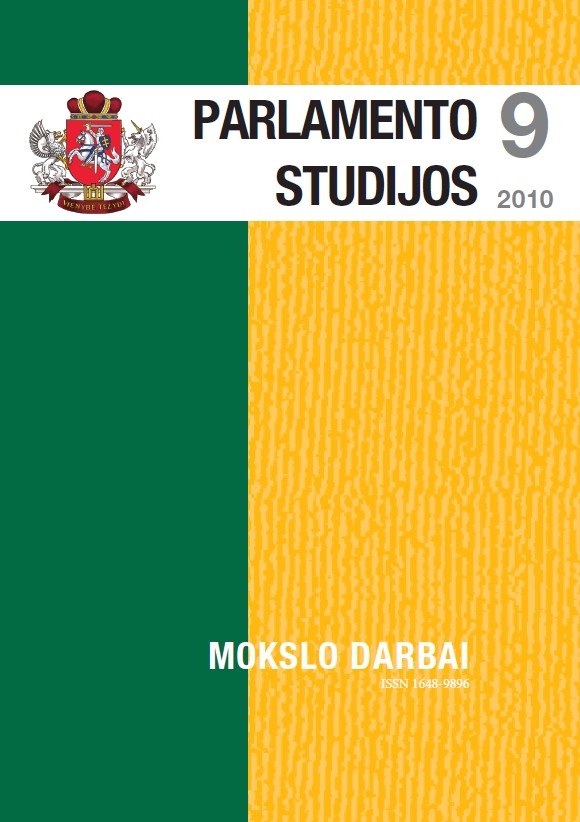