Quite a few solid research studies on presidents Antanas Smetona, Aleksandras Stulginskis and Kazys Grinius appeared over the past few years. They provide an in-depth presentation of a number of details from the activities of these personalities. However, there is no study that would make an attempt to compare the three presidents in respect of different criteria trying to trace their similarities and differences. This historiographic gap was a stimulus leading to a separate publication which the author himself considers open for debate. It is not a “comparative analysis” of the presidents (their comparison could only be symbolic considering that Smetona was in the president’s office for about 15 years; Stulginskis spent 6 years in this office, including the time when he served as an acting president; Grinius served for barely 6 months) but rather an attempt to make one. Therefore, the article is the first attempt in historiography to compare Lithuanian President Kazys Grinius in the context of other presidents of the period in question – Antanas Smetona and Aleksandras Stulginskis: it discusses the powers exercised by the Lithuanian president during the democratic and authoritarian periods of governance; it reveals the circumstances and motives of election of these personalities to the president’s office, the relations among the three presidents, their approach towards public governance and the position after the forced elimination of the independent state of Lithuania from the map due to the aggression of the neighbouring countries. The research leads to the conclusion that while they were not in power, Smetona, Stulginskis and Grinius publicly declared democratic values as their ultimate goal but Grinius was the only president who tried to put the declared democratic ideas to practice in the full sense of the word. Perhaps for this reason contemporary Lithuanian presidents willing to demonstrate the continuity of “Lithuania of those times” primarily refer to President Grinius rather than other pre-war presidents after they get elected to the office. It was determined that Smetona, Stulginskis and Grinius were those politicians whose cooperation or non-communication was not so much based on sincere friendship but on the principle of political interests. Due to the change of circumstances, the former brothers-in-arms would become opponents and try to achieve their goals. Their conduct only confirms the statement that there are no friends in politics, only interests. 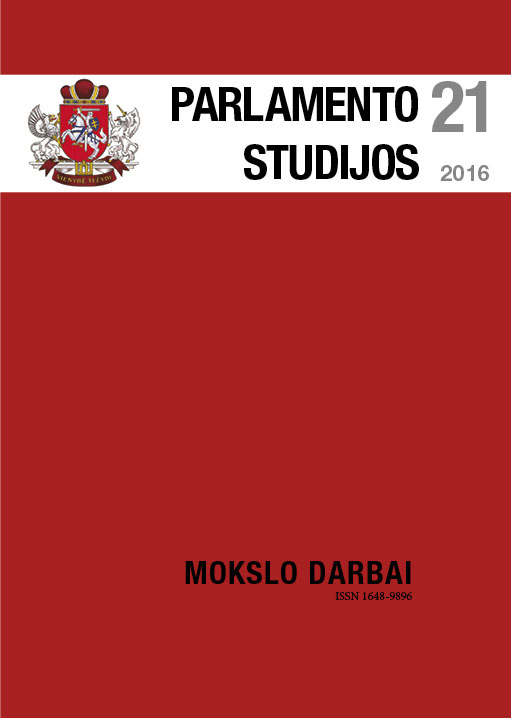