Political Activities of Mykolas Sleževičius During World War I

The article focuses on Lithuanian politician Mykolas Sleževičius, a participant of nearly all major events which took place in the political life of Lithuania in the first half of the 20th century. He also played an active part in the Lithuanian Democratic Party (LDP) and was one of the first to bring up the idea of the independence of Lithuania in Petrograd Seimas (RLSP) held in Russia during the years of World War I. The political activities of Sleževičius during the early period (until the restoration of Lithuania’s independence in 1918) have not until now received special attention in historiography or they were only presented fragmentarily in the context of the research dealing with other research objects. This article attempts to fill this gap of research. Its aim is to investigate the activities of Mykolas Sleževičius during World War I (1914–1918). The following objectives were set to achieve the aim: to evaluate the joining of Sleževičius to the activities of the right-wing Lithuanian War Relief Society (LDNKŠ) in Russia; to reveal the role of this politician in Petrograd Seimas (RLSP); to analyze the position undertaken by Sleževičius in the context of disagreements that occurred within the Lithuanian Popular Socialist Party; to highlight Sleževičius’ activities in the Supreme Lithuanian Council in Russia (VLTR); to discuss the position of Mykolas Sleževičius regarding the prospects of Lithuania’s independence at the start of 1918.

The research led to the conclusion that during World War I Sleževičius paid considerable attention to the relief of Lithuanian refugees affected by the war both in Lithuania and later in Russia where he moved after Lithuania was occupied by Germany. Though he aided refugees as a representative of a left-wing organization while in Lithuania, after his withdrawal to Russia he dared to join the right-wing LDNKŠ founded by Lithuanians. It means that driven by the common goal, i. e. the affairs of the relief of Lithuanian refugees affected by the war, Sleževičius could disregard his ideological views and work together with his political opponents. Such an approach was definitely not shared by many Lithuanian public figures at that time. In that sense, Sleževičius can be considered a constructive politician prone to compromise. In the course of Petrograd Seimas held from the end of May to the beginning of June 1917, Sleževičius, as well as other representatives of right-wing parties, advocated for the restoration of Lithuania’s independence, as opposed to other members of the Lithuanian Popular Socialist Party. He had a firm position on this issue at that time. However, when voting at Petrograd Seimas, he did not support the resolution proposed by the right, which called for the restoration of Lithuania’s independence, but the so called resolution of the left, which advocated for the association of Lithuania’s statehood with the issue of Russia in the future. Such conduct of Sleževičius shows that he placed party interests above his personal beliefs at that time. Sleževičius’ principled position concerning Lithuania’s independence, his vigorous disputes with the leadership of the Lithuanian Popular Socialist Party (LSLP) inclined towards the extreme left (Bolshevism) and associating the issue of Lithuania’s statehood with the future of Russia led to the emergence of the Lithuanian Popular Socialist Democratic Party (LSLDP). It is rather reasonable that the new party was chaired by Mykolas Sleževičius, one of the fiercest critics of the program and tactics selected by the LSLP. The Supreme Lithuanian Council in Russia (VLTR), which operated from the end of 1917 to the beginning of 1918, was the supreme organization of Lithuanian political parties, with the exception of Bolsheviks, in Russia. Sleževičius’ chairmanship in the VLT Rallows us to speak about the great authority of this political figure among other Lithuanian politicians. His political standing was reinforced by the activities of the VLTR under complicated political conditions, arrest and imprisonment together with other members of this organization. It is therefore not surprising that after his return to independent Lithuania at the end of 1918, Sleževičius, as the former chairman of the VLTR, was offered a position at the forefront of the Lithuanian government during the moment critical for the country. At the beginning of 1918, i. e. on the eve of Lithuania’s independence, Sleževičius further advocated for the restoration of Lithuania’s independence. In his understanding, independent Lithuania had to be a democratic state, in which the Constituent Assembly had a special role to play. It was put to life on 16 February 1918 when the Council of Lithuania adopted the Act of Independence of Lithuania. Though Mykolas Sleževičius did not sign this act because he resided in Russia at that time, it is rather natural that he played an important role defending Lithuania from external enemies during the first years after the war. It was the time when he was granted an opportunity to make every effort for the Declaration of 16 February to be put into practice. 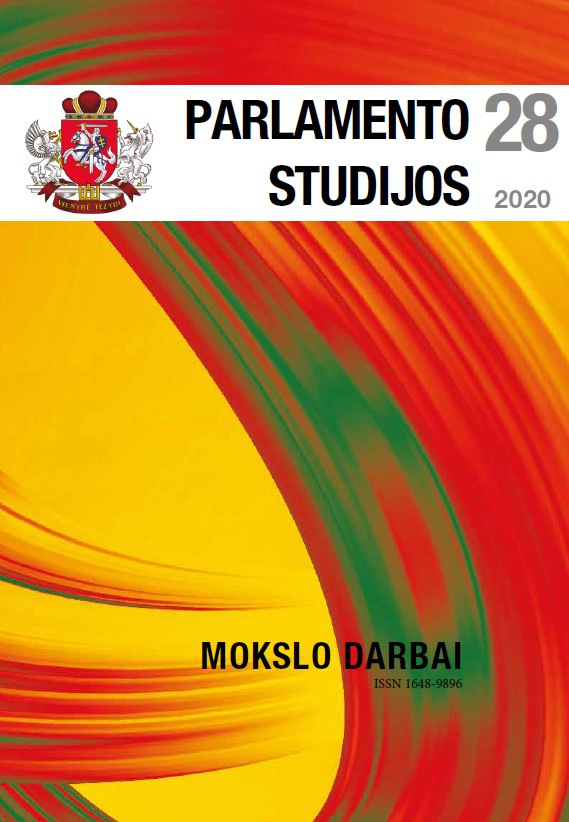